Home » Health & Fitness » What Are the Side Effects of Abortion?

What Are the Side Effects of Abortion?

Abortion is a process that women do not like to undergo. However, due to certain circumstances women have to undergo abortion. The point to remember here is that abortion should only be a last resort as there are a number of side effects to it.

An abortion can prove to be quite a devastating and traumatizing affair for any woman who has been pregnant. It can leave the woman mentally and physically weak and have a very negative effect on her well-being. She may not be able to carry on her normal life and may take a lot of time to recover from the same. 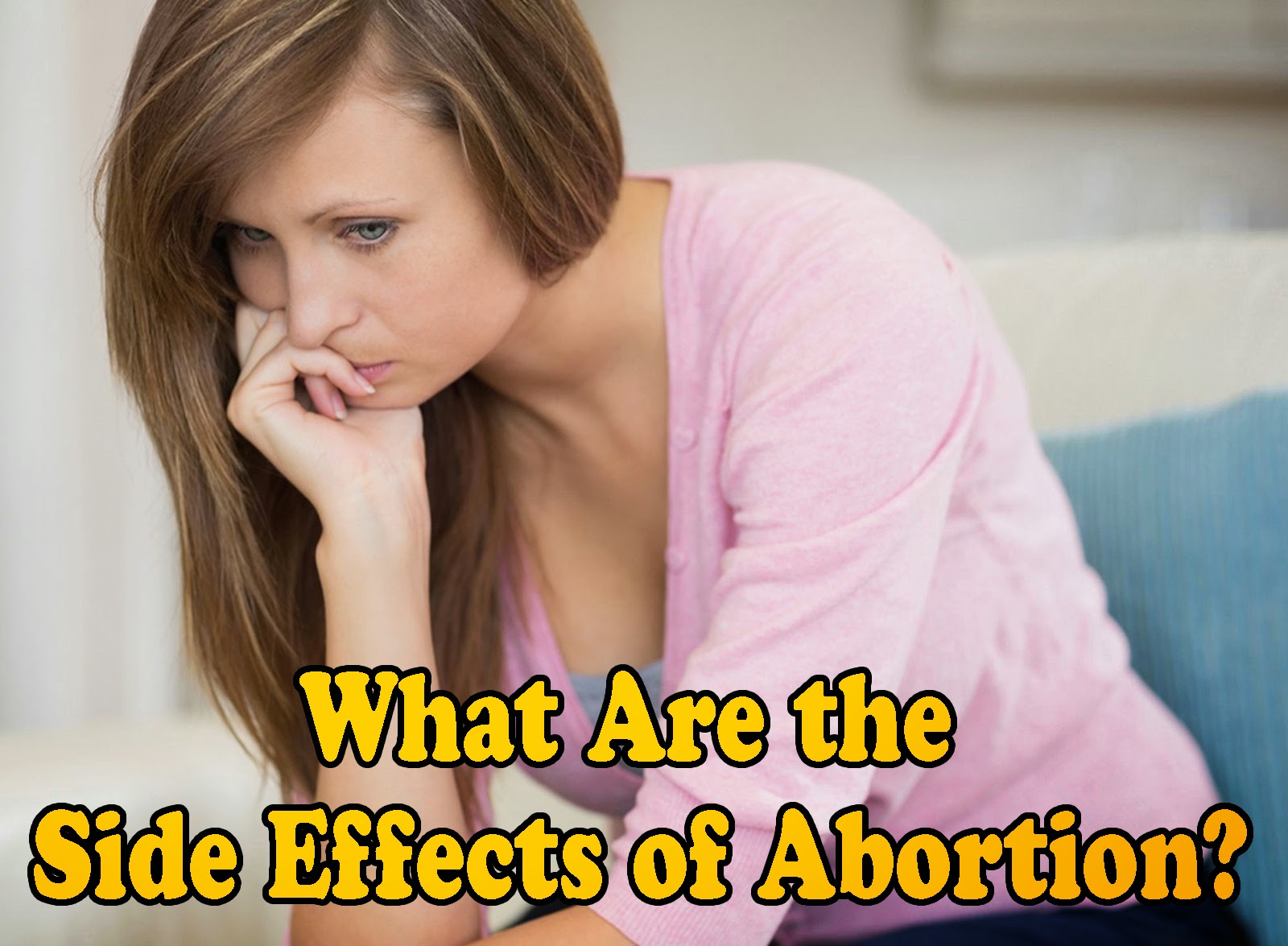 Even if an abortion is carried out safely and the woman retains her normal self, there are many side-effects which can take place and cause trouble for the woman. Studies reveal that almost 90 percent of woman who undergo abortion, face some kind of side-effect at some point of time or the other. Most side-effects lessen as time passes by but some remain and may need medical attention to be cured completely.

· Cramps and abdominal pain – It is common for a woman to experience pain in the abdomen and cramps after an abortion. This pain may suddenly aggravate during the day and night.

· Nausea and vomiting – Just like in pregnancy, a woman may experience nausea and vomiting after her abortion too, making her feel uneasy throughout the day. Most women vomit in the morning though many may vomit immediately after eating anything.

· Diarrhea – Diarrhea is another side-effect which can be taken care of with the help of rest, proper nutrition and medications.

· Feeling dizzy and constant headache – Around 40 percent of the women who undergo abortion have reported that they have either felt dizzy or had constant headache for a few days after the abortion. Many women felt quite weak and were unable to carry on their daily basic activities for many days.

· Hot flashes or fever – Some women complain that they became feverish and experienced hot flashes after their abortion for as long as 7 to 10 days after the abortion. Correct medications help to reduce this side-effect immensely while in most cases they disappear by themselves.
Health & Fitness
Posted by Unknown at 00:08