Home » Health & Fitness » Pulsating In Ear - How You Can Stop It

Pulsating In Ear - How You Can Stop It

When your pulse can be heard on your ears, this is known to be a pulsating, pulsatile or vascular tinnitus. With pulsating in ear, a person experiences sensations in the ear as that of the same tempo of the heartbeat. This is an uncommon type of sensation in the ear. This is caused by blood flowing in veins and arteries and other smaller vessels in the neck, skull, and ear. And while this is an uncommon symptom, it must automatically be examined by a doctor because it might be a life threatening ailment.

Causes of a pulsating in ear could be caused by so many factors. Some of these factors are chronic inflammation or middle ear infection, Eustachian tube dysfunction, middle ear effusion vascular tumors, arteriovenous malformations, carotid artery cavernous sinus fistula and venous hum. Due to the nearness of the location in the chronic inflammation, sensitiveness to the increased blood flow perception may be noticed, since this is most often accompanied by an increased blood flow to the inflamed tissue. In the case of a Eustachian tube dysfunction, its tube is blocked due to a sinusitis, colds, cough, allergies or excessive earwax, thus resulting to a pulsating in ear. 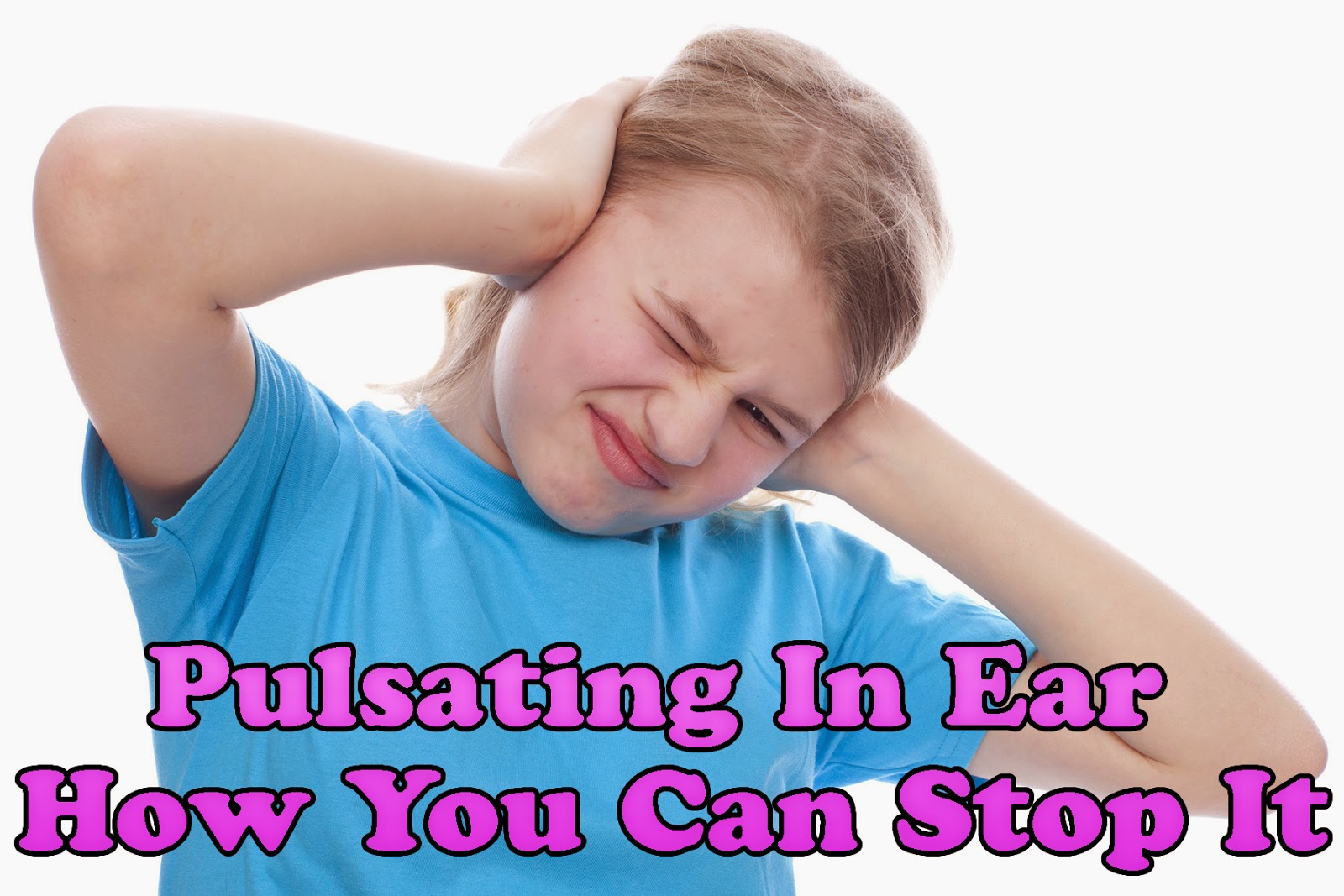 The air-filled space in the ear is called the middle ear, could be filled with fluid due to an infection, inflammation, or Eustachian tube dysfunction. This could be painful. To relieve the patient, they are prescribed with antibiotics, decongestant and nasal steroid sprays. The tumor called glomus tumors or paragangliomas, though it is not dangerous or life- threatening but could cause pulsating in ear, since the location is just near the sensitive area of hearing interiorly in the specific location. To treat this condition is to undergo a delicate surgery to remove known tumor in the ear area.

The arteriovenous malformations are the abnormal groups of arteries and veins that happen in the cranial cavity near the auditory nerve. These could pulsate in the auditory nerve, thus causing pulsating in ear. The treatment to this is usually through surgery. A severe head trauma can cause a carotid artery-cavernous sinus fistula. What happens is that the connection between a very large artery and very large venous within the cranial cavity becomes abnormal. But this could be treated non-surgically. But it may require the service of an interventional radiologist.

Another possibility of gathering pulsating in ear happens during a sudden change in blood flow in artery and veins. Usually it is the pregnant, anemic, or those with thyroid problems who are prone to have an increased blood tear in the largest vein located in the neck. This is called the jugular vein, and it sends blood from the brain to the heart. The strong blood flow in the jugular vein could be heard of as "hum'. These are just the many known causes that lead to pulsating in ear. To those who have this condition, visiting ENT specialist as soon as possible is advised. by Barbara Thomson
Health & Fitness
Posted by Unknown at 13:07