Menopause Can Be a Factor Causing Hair Loss in Women

Menopause is commonly defined as a woman's final menstrual period. But it's hard to know exactly when that is until at least one year has passed without any periods at all. According to the American Society for Reproductive Medicine, it's not easy to know when you are in this transition, except for certain signs and symptoms that most women report, such as hot flashes. Even tests by your doctor that check for estrogen levels and follicle-stimulating hormone (FSH) levels are not conclusive, because these hormone levels normally fluctuate during a regular menstrual cycle. Further complicating matters is the fact that hair thinning and hair loss in women can be explained by natural aging and menopause because both typically begin around age 50.

Many changes occur in a woman's body during menopause that could cause hair loss and thinning, but it could also just be your age.

In a recent questionnaire developed and distributed by The North American Menopause Society (NAMS), 2,000 women responded to the survey "I think it's menopause ... but could it be aging?" with 77 percent answering they believed that unusual hair growth or hair loss was caused by both menopause and aging.
"The survey addressed an issue that is a challenge to health care providers and researchers with regard to many conditions and diseases," explained Wulf H. Utian, M.D., NAMS executive director. "It's difficult to tease apart what symptoms and health risks are associated with menopause or are simply part of the aging process. Frankly, it's not all or none with regard to just about anything." 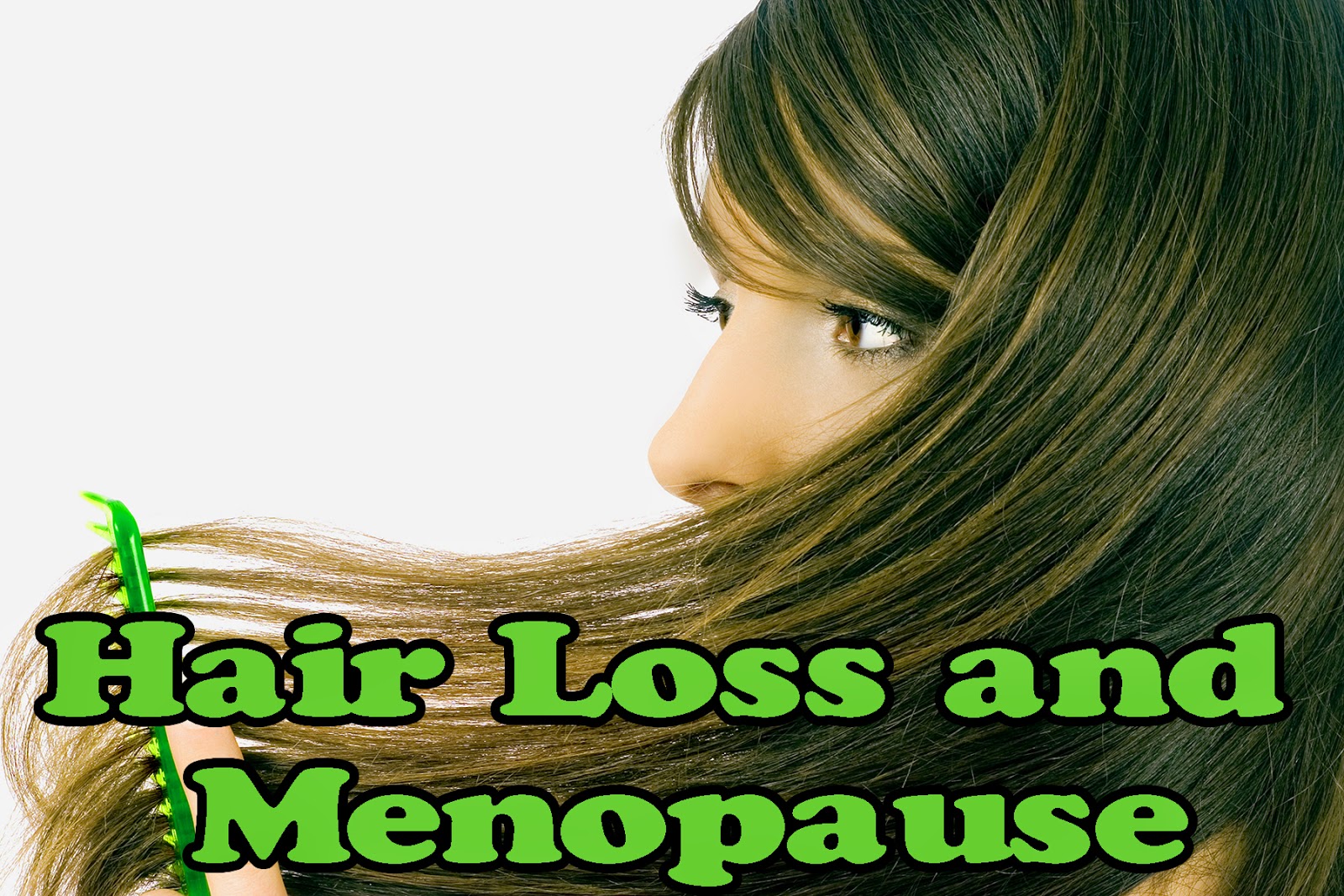 The most common symptoms of menopause include hot flashes and not getting a period. But one of the most shocking symptoms for a woman can be dramatic changes in both scalp hair and facial hair. Since so much change is going on in your body at this time, it's perfectly plausible that the growth, or anagen, phase of a hair follicle on your head could be disrupted or shocked and hair could fall out prematurely or when it falls out naturally, it wouldn't grow back. In addition, hormone fluctuations and medications also may be causing noticeable hair growth in unwanted facial areas, for example. And the amount or type of hair loss you may experience is not predictable, either. Some women notice a little thinning, while others lose large patches, resulting in bald spots or requiring a wig.

Yes, agree doctors. Once medications and stress and hormone levels become more stable, although they may never revert back to levels when you menstruated monthly, hair loss due to menopause may correct itself, but hair thinning, dryness and brittleness associated with aging may remain.

The bottom line on menopause and hair loss

Except in retrospect, it's difficult to know whether your symptoms are due to aging or to the fact that your body is going through the change of menopause. A year after you get your last period and determine that you have gone through menopause, then you can look back and decide whether changes in your hair -- whether loss, thinning on your head or unwanted growth in other places -- were due to menopause. No matter what options you decide on concerning hormone replacement therapy, supplements and medications, Project Aware: Association of Women for the Advancement of Research and Education advises that following general health guidelines is especially important during menopause because your body needs all the regulation it can get regarding sleep, nutrition and exercise. Beyond this time period, once your body stabilizes, if your hair loss is still troubling you, make an appointment with a hair replacement specialist to determine treatment options that will definitely improve your situation, such as laser hair therapy and topical minoxidil, both of which are FDA-approved ways to treat female hair thinningand loss. by Naomi Mannino
Hair Care Health & Fitness
Posted by Unknown at 10:33