Home » Health & Fitness » The Physical and Emotional Effects of Alcoholism

The Physical and Emotional Effects of Alcoholism

Alcoholism has emerged as one of the major social problems these days. Not only family but state Governments too are expressing their deep concerns over the growing rate of Alcoholism. Reports say if the rate of alcoholism continued in the same manner it would adversely affect the overall productivity of a country. Alcoholism is a serious and terrible social problem because it has the potential to adversely affect the physical as well as the mental status of a person.

One of the major problems with alcoholism and drug addiction is that people slowly become dependent upon these substances and it becomes pretty tough to get rid of those. Even if they are willing to leave this habit they won’t be able to do so and they will experience some withdrawal symptoms. The duration and effect of withdrawal symptoms can range from a few days to weeks. The degree of its severity also ranges from mild to serious and in some cases it may lead to death.

Alcoholism and drug addiction is a substance abuse problem that is repeated and excessive. This substance is used to create effects or imagined effects. As a person becomes more and more addicted and sinks deeper into these substances they could experience abnormal physical and mental behaviors like mood swings, abnormal social and communication behavior, personality changes and many others. When we talk about physical changes it may include liver damage and failure, redness and rashes in eyes, dry skin, dry lips, forgetfulness and many others. 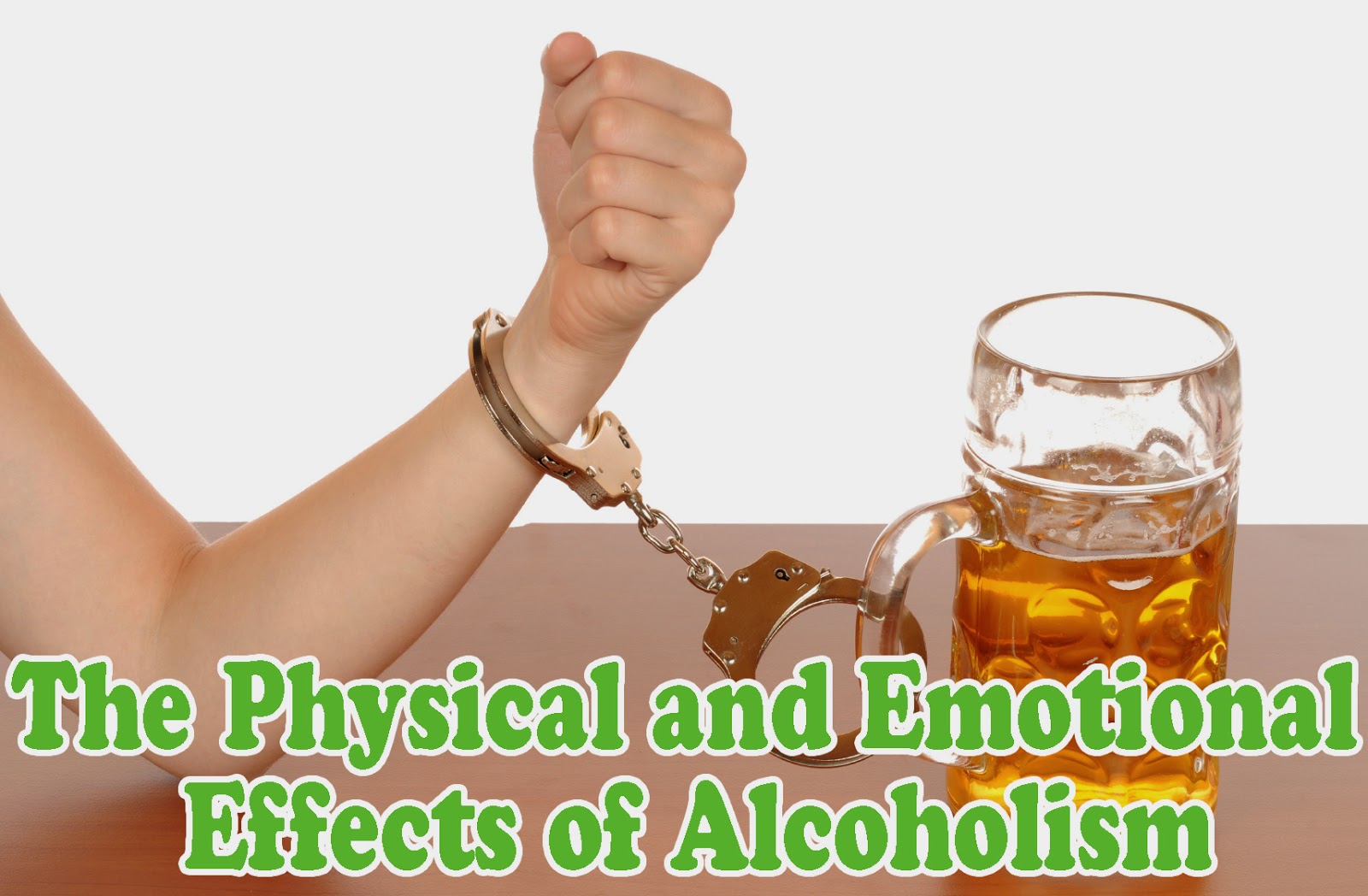 Viewing its long term impact on the overall personality of a person it is essential to know what physical and emotional effects alcoholism could bring in and what should be done in case you are in the same trap. With this article we have come-up with certain facts that could decipher what physical and mental effects does alcoholism brings in.

Infections and infectious diseases: Continuous intake of alcohol could leads to serious infections including pneumonia and tuberculosis which could adversely affect our respiratory system as a whole.

Impotency: Alcoholism not only affects our digestive and respiratory system but it also affects the main system of human body that is the reproductive system. Alcoholic males have been reported of testicular atrophy, impotency and gynecomastia.

Fetal alcohol syndrome: Those women who drink need to be more conscious as alcohol may not only affect their body but it will also have negative impact on their fetus. Experts are of the opinion that taking alcohol during pregnancy can leads to mental retardation, facial deformity and neurological problems.

Viewing the major impact of alcoholism to a person’s overall personality it is important to take adequate measures so that they don’t get into this trap. And if it is unavoidable and somehow they have already sunk into this trap adequate steps ought to be taken to get rid of this social menace.

Alcoholism is a chronic addiction. It is a persistent disease, which needs medical help, when gets out of control. People, who suffer from this addiction, cannot do without alcohol. If some one consumes moderate quantities of alcohol, it is not harmful but when it turns into binge drinking and excessive drinking, it becomes a disease called Alcoholism. It is an addiction and people suffering from it have no control over their drinking. They drink a lot and frequently. They get dependent on alcohol.

Alcoholic prefers to drink alone in secret. Other signs and symptoms of this addiction are not being able to limit how much alcohol is consumed, short term memory loss, loosing interest in social life, hobbies and activities and having a great urge to drink all the time. They develop their drinking rituals and do not like any interference in this. They get irritable, when they want a drink and intensity of their feeling increases, if they do not get alcohol.

Alcoholism makes people nauseate or sweat, when they do not get drink. They start hiding alcohol in unlikely places and try to gulp down the drink as fast as they could, when they get it. They develop relationship problems, problems at work place and other social problems as they start avoiding social activities. They always have an urge for a larger quantity of alcohol to feel its effect. Alcoholism affects an addict physically, psychologically and socially. Drinking becomes a compulsion for him or her.
Health & Fitness
Posted by Unknown at 10:36