Symptoms That You May Have Intestinal Parasites

Unfortunately, many of us, regardless of our hygienic habits, will acquire intestinal parasites in our lifetime. It's not always a matter of personal cleanliness but rather of what we eat and how we eat it. Sometimes, even our consumption habits are not to blame. These little gut invaders can be placed there any number of ways. What is really important at this time is how you can tell if you might be infected by harmful intestinal parasites. This article will deal with the common symptoms that may manifest themselves if in fact an infection has taken place.

Since there are several types of parasites that may invade the gut, we'll start with the most common and obvious. This would be the worms. Yes, you could be a sufferer of a worm infestation and you could have acquired them by eating raw or under cooked meat or even vegetables. If you drink infected water or if you are bitten by insects who are carriers you can be infected in this manner. There are not just a few of these parasitic worms known. The number of types of worms known to invade humans is around 100. While some of them are so small they can only be viewed with a microscope, others are easily viewed by the naked eye. 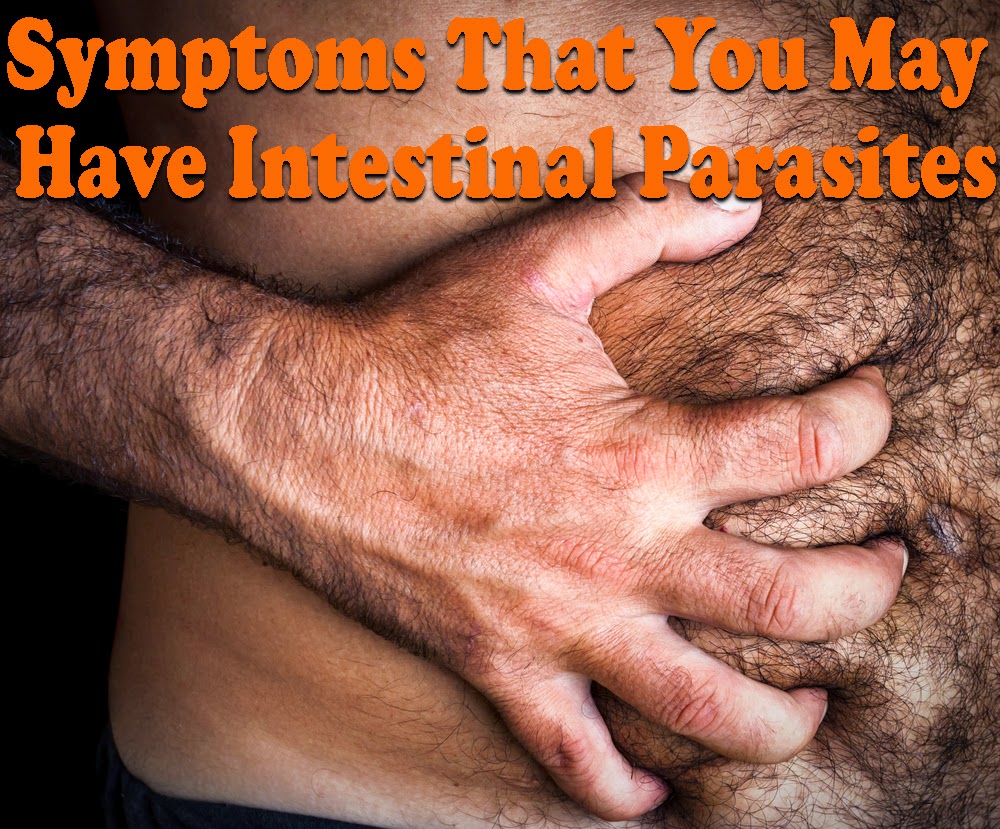 When the worms are ingested or taken into the body, they embed themselves in your intestines, usually in the intestinal lining of either the stomach, the small or the large intestines. Once there, they make themselves comfortable and dine on the same food that you are eating. They have nothing else to do but eat, release wastes and breed. They may lay many eggs and many of their young survive and make themselves at home in your system too.

As these little creatures release their waste products into your tissues, the tissues are subjected to toxins which enter the bloodstream and cause sickness and often lead to poor health and other diseases.

Some common symptoms of parasitic worm invasion may at first seem like uncomplicated or simple temporary illness. However, if these symptoms continue to occur repeatedly, it would be a good idea to think very seriously about the possibility that you may have worms in your intestines. Some of the most frequent and common symptoms are bloating, constipation, diarrhea, skin rash and fatigue. Other common symptoms include anemia and anxiety or nervousness. These are all signs that a worm invasion may have occurred.

The reason these symptoms occur is because the toxins released by the worms, over time, build up and cause breakdown of the surrounding tissues and once into the blood stream, they become systemic, resulting in further sickness and poor health. If the worms are not destroyed, the diseases get worse and eventually lead to death. Something that is not well known is the fact that many weight problems such as inability to lose weight or just the opposite, the inability to gain weight, during circumstances where each condition should not be occurring, can often be traced to worm infestation. If you are dieting and cannot seem to lose weight even though you are eating much less and exercising, the problem may be worms. If you cannot gain weight even while you are eating more of high calorie foods and are not exercising, you may be experiencing a worm invasion.

There are certain treatments that can be performed if the symptoms are discovered and treated early and most of these treatments do not even require a physician's assistance. Once the worms are destroyed, it is not long before the body begins to recover and the results are usually outstanding. It is very important to discover and treat worm infestation early. by Gary Vaughn
Health & Fitness Symptoms
Posted by Unknown at 09:28