One of the top tips on how to get rid of hemorrhoids naturally is with the help of herbal medicine. Many people since the dawn of time have turned again and again to herbalism for the treatment and prevention of various ailments as well as for the promotion of overall health and wellbeing. This is not only because many herbs are effective but also because they have few or no side effects. For hemorrhoid treatment, the following are the top 5 herbs that make excellent hemorrhoid home remedies.

How to Get Rid of Hemorrhoids Naturally Using Herbs

The leaves and bark of witch hazel are the parts commonly used to obtain a clean pungent liquid extract that is used for natural healing. Witch hazel is one of the most highly used healing herbs in the US and you can easily find it in many local stores.

The cooling and astringent properties make it excellent for the treatment of burns (including sunburn), cuts, bruises, inflammation, scalds, etc. 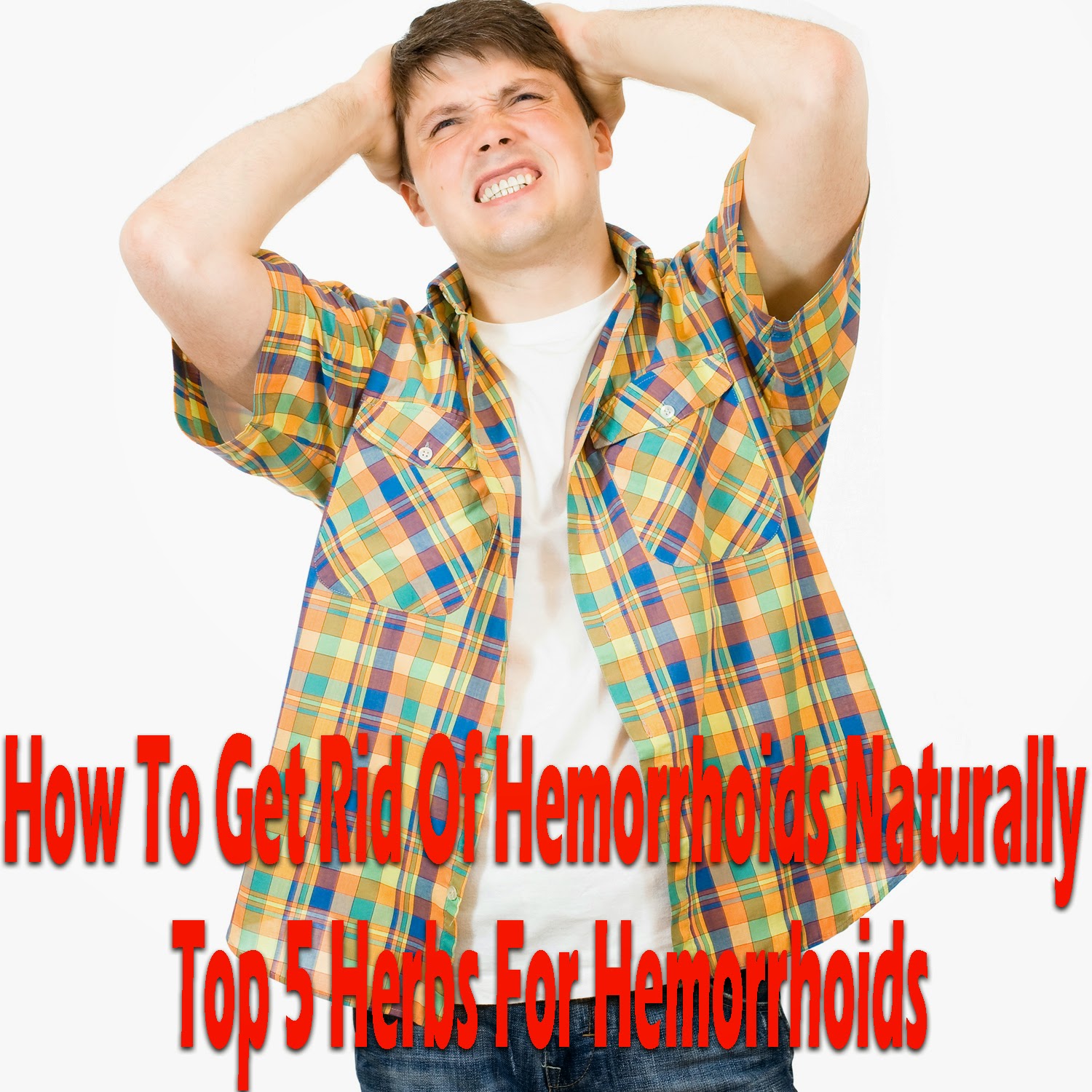 Witch hazel is excellent for eliminating hemorrhoids because it is not only an astringent but is also antiseptic, anti-inflammatory and anesthetic. Witch hazel is used externally for hemorrhoid treatment by simply applying the liquid directly to the problem areas using a cotton ball, piece of cloth, etc.

If you notice no change after using witch hazel to treat the hemorrhoids for at least two weeks, you may want to consult your doctor or use another remedy.

Another herb that is a popular tip when trying to determine how to get rid of hemorrhoids naturally is horse chestnut. The seeds of this plant are the parts used for natural healing.

The seeds of horse chestnut contain aescin which is a compound which helps to strengthen the walls of the veins which can help to increase their elasticity. Increased elasticity can help the veins resist developing into hemorrhoids when they are under pressure. The seeds also help with the promotion of normal blood flow as well as the prevention of the pools of blood that are commonly associated with hemorrhoids.

Besides hemorrhoids, horse chestnut is also recommended for varicose veins. Other uses for horse chestnut include hearing problems that result from poor circulation in the ear caused by tinnitus or hearing loss. The anti-inflammatory properties of horse chestnut also make it great for arthritis natural treatment.

While current focus of horse chestnut research is mainly on its use for varicose veins in the legs, hemorrhoid treatment was actually the first benefit of this herb that was identified.

As mentioned previously, its ability to promote normal blood flow and its vein strengthening abilities makes it an important herb to consider when seeking tips on how to get rid of hemorrhoids naturally.

Horse chestnut is usually taken internally and the recommended dosage is usually 50 milligrams of aescin taken up to three times daily. There are also various creams and gels on the market that include horse chestnut as an active ingredient that can be applied topically to the troublesome veins (varicose or hemorrhoids).

Though you are probably more used to blackberry jelly or jam, the fruits, leaves, roots and bark of the blackberry are also used for herbal healing.

The healing properties of blackberry are derived from compounds in the pigment which give the fruits their dark hue known as anthocyanosides.

These are very potent antioxidants that not only help prevent free radical damage to healthy cells in the body but can also reverse this cell damage from free radicals (these are highly reactive oxygen molecules that survive by damaging healthy cells). This antioxidant action makes blackberries excellent for the prevention of certain cancers, heart disease and many other degenerative diseases.

Other conditions that blackberries can help with include;
Blackberrries for hemorrhoids

The astringent properties of this herb also make its usage one of the important tips given on how to get rid of hemorrhoids naturally.

To use blackberries for hemorrhoid treatment, soak a piece of cloth in a strong infusion or tincture of this herb.

Tinctures are alcohol extracts of the dried herb that you can prepare yourself or purchase. If using commercial preparations of this herb, simply follow the manufacturer's guidelines on dosage.

The rhizomes (underground stems) and the roots of this herb are commonly used for the treatment of hemorrhoids and many other conditions.

Butcher's broom was found by scientists in the mid 1900s to be able to prevent veins from leaking fluid making it a particularly useful herb for the treatment of varicose veins and hemorrhoids.

Most butcher's broom used in research studies has been Cyclo 3 Fort which is a French proprietary formula which includes butcher's broom extract and hesperidin methyl chalcone which is a compound found in citrus fruits that can also help prevent veins from leaking fluid.

For the treatment of hemorrhoids, it is recommended that you take up to four capsules of Cyclo 3 Fort daily or simply follow the directions on the packaging.

This is sometimes called a plantain but it is different from the plantain sold in some grocery stores that is similar to bananas.

The seeds of this plant are the parts used for herbal healing. While many people may be unaware of this herb, one common product on the market that is comprised mostly of psyllium seeds is Metamucil which is a laxative.

That's right, psyllium is one of the gentlest and safest laxatives. A significant part of the seed's coating features a soluble fiber known as mucilage which when combined with water becomes gelatinous as it swells to at least 10 times its original size.

Mucilage is the part of this herb that is used for healing to help combat;
Psyllium for hemorrhoids

Constipation is one of the top causes of hemorrhoids. All that straining during bowel movements due to constipation causes the veins to enlarge. If hemorrhoids are causing you pain as well as bleeding, psyllium can help because it helps to soften the stool which can be a source of relief from the pain and/or bleeding produced by some hemorrhoids.

Psyllium has a gritty texture which can be unpleasant for some people and it is also odorless. To obtain relief from the symptoms of hemorrhoids, take up to two teaspoons of psyllium three times a day. Be sure to drink plenty of water to help this herb do what it needs to do in your body. If you do not drink plenty of water, you will simply be plugged up by the soluble fiber in the seeds which may worsen constipation and even hemorrhoids.

If you purchase commercialpsyllium, simply follow the directions on the package on dosage. by Terry Robbins
Alternative Medicine Health & Fitness Herbal Remedies Home Remedies Natural Remedies
Posted by Unknown at 02:04