The symptoms of pancreatic cancer can be particularly difficult to detect at an early stage; however, there are certain symptoms that may indicate its presence in certain people. That is to say - early warning signs may show in a minority of people only (the majority will show none at all).

Symptoms may include the following:

Loss of appetite - a common complaint that may easily get put down to other ailments (pancreatic cancer [at first] is usually never thought of as a possible reason for the loss of appetite).

Weight-loss (without a reason) - when no diet or exercise regime has been put in place; however, it could indicate the growth (development) of a tumor that is causing a shortage of nutrients to the body - vital for the body's health (pancreatic cancer would not usually be diagnosed [at first] where there exists a nutritional problem). 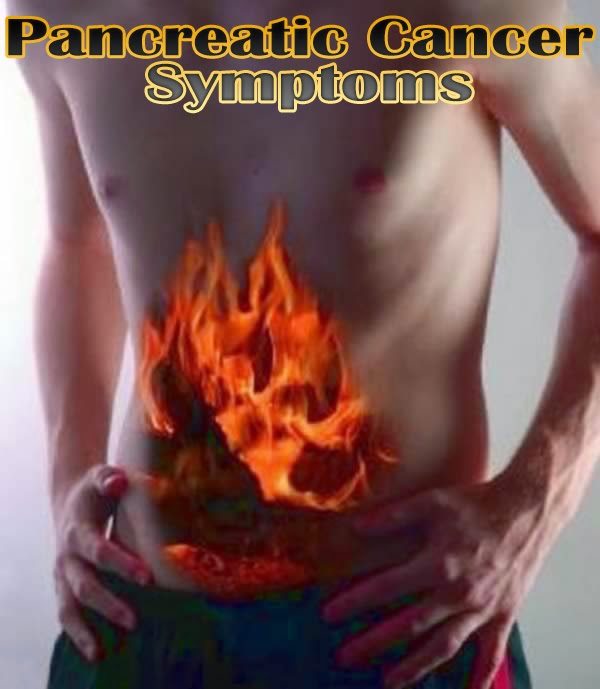 Abdominal Pains - are a clear symptom; however, they are something that may often get missed, and put down to other ailments. Pains usually start in the upper abdomen, then move around to the back (the size of the tumor may already be large at this stage, whilst metastasis [spread] may have also taken place in distant parts of the body - other organs).

Jaundice - often associated with babies; although, without any form of pain - it is a yellowing of the skin, with the presence of a pale stool and dark urine. The cause is usually due to a nearby tumor growth that often inhibits the flow of bile from the bile ducks resulting in a blockage.

Itching - is usually a late stage symptom (a mortal symptom) that is caused by a blocked pancreas (resulting in bile getting discharged into other parts of the body). The discharge has a direct effect on the skin that causes the sensation of itching (itching is usually excessive with the need to be scratched - the more it is scratched, the more it itches).

Nausea and Vomiting - become more prevalent as the cancer progresses. This is due to the pancreas' inability to release enzymes into the body that are needed for a functional digestive system.

Note: When both excessive itching, nausea and vomiting are present together - the indication is that pancreatic cancer is at a very late, and almost impossible stage to treat (a 3 - 6-month prognosis [life-expectancy] is quite normal at this final stage).
Cancer Health & Fitness
Posted by Unknown at 14:05